The Aidlew herd was started from our initial holding in Warwickshire with 4.5 acres of owned ground and further rented ground of around 8 acres. The herd is named after my  two grandsons, Aidan and Lewis, hence “Aidlew. The purchase of a cow, Randolph Florence from George and Gillian Browning was the start. Florence was in calf (Aidlew Elsie) and also had a steer at foot. Florence went on to have further calves, Aidlew Doris and Aidlew Alice. Elsie and Alice are still part of the herd to this day, at 14 years old and 10 years old.

Why Shetland cattle? Well their size, temperament and ease of calving, plus their ability to flourish on a grass diet.

In the early days we had success with AI, finding it easier to do than having a bull on the holding for such small numbers. Stanemore Odin and also Randolph Fergus were used. At one point we did purchase a bull, Greenoak Ganymedes, but he was moved on soon after breeding because sadly it didn't work within our small system.

Alongside the cattle the holding supports a mixed flock of sheep - Shetlands, Portlands, Teeswaters, Herdwicks and a small number of mule type sheep.

In 2016 the decision to move to Mid Wales was taken and with my daughter, Nicola, we moved lock stock and barrel to a 40 acre holding just outside Lampeter. The land varies from initial gentle sloping fields to steep, the higher you get. It is a wet area and for this reason the stock are brought into a timber barn over winter to save poaching the ground. The fields are surrounded by two small woods and numerous mature trees. Hedgerows line the field boundaries and provide a haven for bird and insect life. We aim to farm alongside nature, not against it.

As it currently stands we have five breeding cows, Aidlew Elsie, Aidlew Alice, Wild Meadows Duchess, Craigydon Ffion and Aidlew Dizzy. Three of these are in calf and due within the next few weeks to Broadacres Bruce (purchased last year in partnership with Mary Knibbs with the Rowland herd). Bruce is from the milking Shetland herd of Jacquie Broadhead’s, dispersed in 2013. There are also two steers fathered to Roland Duncan (borrowed from Mary Knibbs).

We have over the years hand and machine-milked some of the cows for the house, taking a little and leaving plenty for the calf to flourish. It goes without saying how delicious the slow reared and then slow cooked meat is. Thanks for reading. 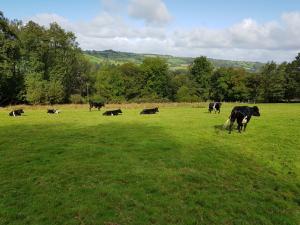 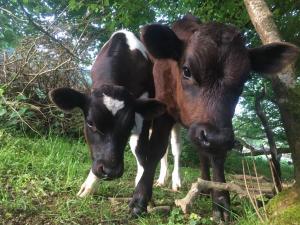 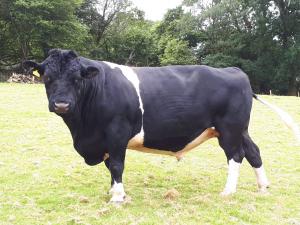 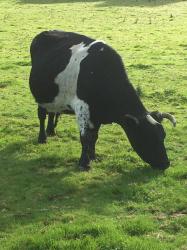 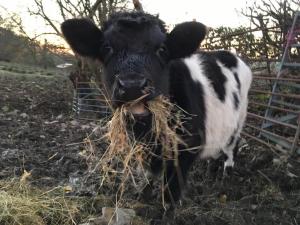 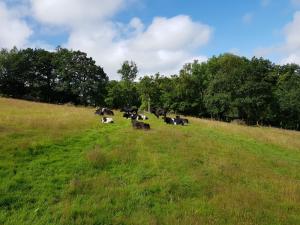 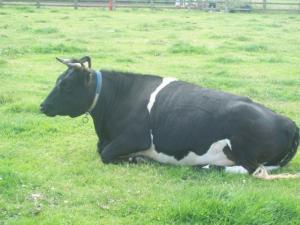 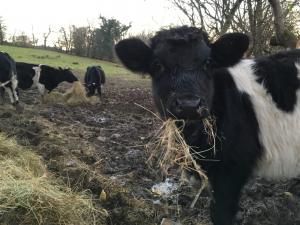 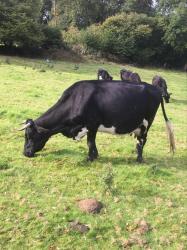 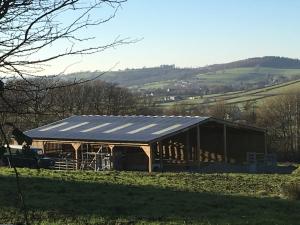 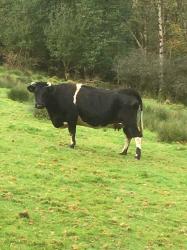 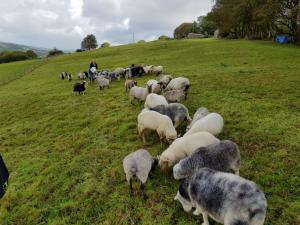 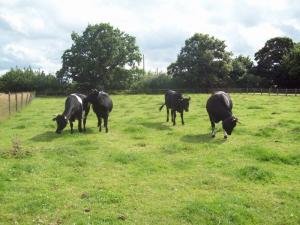 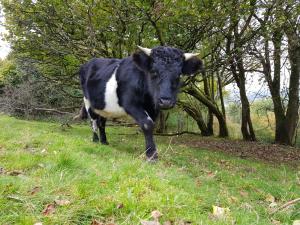 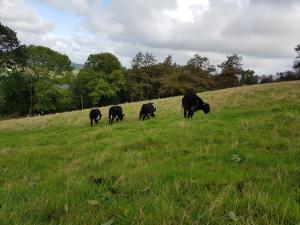