Collafirth is in Northmavine, an area to the north of mainland Shetland. The Collafirth Shetland cattle herd is owned by Robert Ramsay and his family. It is one of the original herds of the modern Herd Book. It was established in the late 1970’s with cattle from the remote islands of Foula and Fair Isle along with cows purchased from the dispersal of the Araclett and Glebe herds.

When the Herd Book was established in 1981 Robert was Vice President. He has been the President of the society and remains on the Management Council.

Robert breeds a larger type of cow, which would be suitable for cross breeding. He bulls the heifers for the first time at 2 years, allowing them to grow and fully mature. He prefers “colour into the ground” - dark lower legs and dark hoof as he finds the dark hoof doesn’t grow as quickly and rarely needs any trimming. Temperament is important, many of the cattle are halter trained and cows are not de horned.

Cattle live at Collafirth in the summer months and have access to the sea shore, they spend a fair bit of time on the beach. During the winter months (December-May) they are housed in a traditional byre with stalls. They are fed over winter with silage and Shetland Kale with some concentrates. Calving usually happens in February-April and after a couple of days bonding the calves are kept in pens and let out to suck 4 times a day when they are young then 3 times as they are older. This means they are handled by humans from an early age.

Cattle are shown regularly at the local Voe Show and the Cunningsburgh Show with great success, regularly winning Championship titles.

Numerous bulls have been bred in Collafirth. Some of the most notorious include Collafirth Rasmie who was born in 1990 and who was the first red bull in the modern Herd Book and Collafirth Viking a grey bull who was Reserve Champion at the Centenary show as a calf.

The herd of Shetlands in Collafirth was at its largest in 2005 with 25 cows. Currently there are 12 cows and heifers with the current bull Ocraquoy Haldor. Robert also has a small Shetland pony stud Ockran, and keeps Shetland and cross bred sheep. 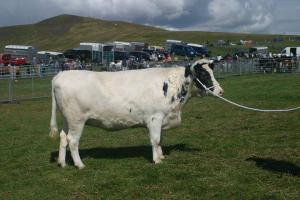 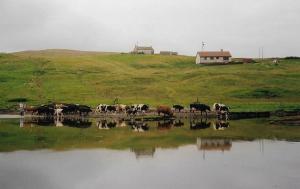 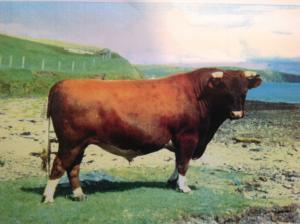 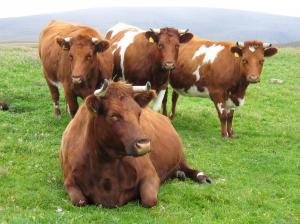 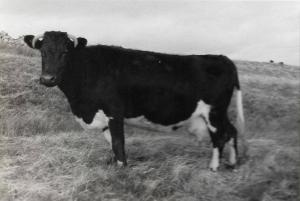