The Scottish Wildlife Trust began keeping cattle in 2010 and established the "Fleecefaulds" herd of Shetland cattle in the following years. The cattle are used for conservation grazing purposes on a variety of wildlife reserves owned or managed by the Trust, and for other partners. The herd is available for grazing projects all over Scotland.

The Scottish Wildlife Trust has a colourful herd of 11 Shetlands, including 2 bulls, with grey, dun, brindle and red animals in the herd. Calves, 6 expected this year, are sold at weaning with an occasional heifer retained to join the breeding herd. The cattle are wintered out on hay or silage. No concentrates are fed except as a means to keep them keen to come into the pens. Our cows have been chosen for excellent temperaments and ease of handling as well as the usual desirable traits of a Shetland cow.

Some sites have very difficult access - one notable example being Murder Acre, part of the Trust's Bawsinch and Duddingston Loch Wildlife Reserve, at the foot of Arthur's Seat in Edinburgh. To get the herd onto this site requires a long reverse through the Innocent Railway Tunnel. This tunnel is 520m long - and not much wider or higher than the trailer at some points! There is then a further reverse of about the same again to the field entrance along what is now a cycle route and used by several hundred pedestrians and cyclists per day. Tasks like these are undertaken by members of staff and a huge team of dedicated volunteers. The cattle are checked while on Murder Acre by staff members, Historic Environment Scotland's Ranger Service and our volunteers.

The herd is managed by a full-time Conservation Grazing Coordinator, Laura MacGregor, who has worked on the project since 2002.

A further part of the conservation grazing team is the Flying Flock. Established in 2001 this mobile flock remains the only one of its type in Scotland. Initially Shetland sheep were used but more recently the flock has moved towards Chevease sheep, a North Country Cheviot Easycare hybrid which sheds their own wool and is a little less talented when it comes to escapology! However around 50% of the 100 strong ewe flock retain some Shetland blood. 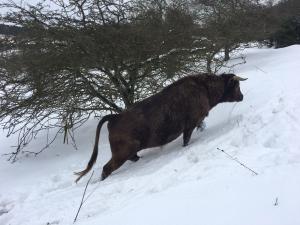 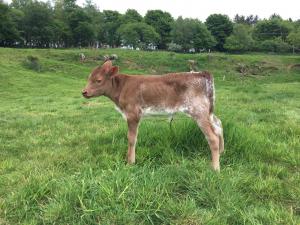 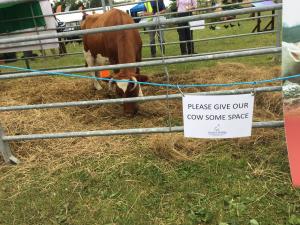 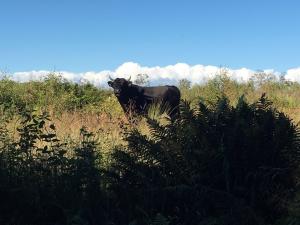 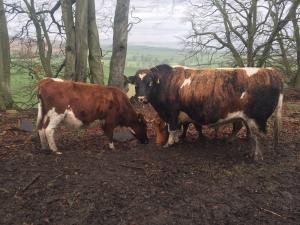