Hengistbury Head Nature Reserve resides at the most south-eastern point of Bournemouth. It is a sensitive ecological area of interest, rich in wildlife, archaeology, and geology. It is a peninsula approximately 162 ha in area. With the majority of the circumference of the site being coastal habitat, the conditions can be incredibly harsh, bearing the brunt of storms and floods.

Conservation grazing has grown in popularity over the last couple of decades, with land management approaches coming full circle to once again appreciate the advantages of having native breeds on sites of significant value to wildlife and public recreation. Grazing cattle are often used in habitat management prescriptions in order to either introduce variation in conditions, for example via trampling and grazing young vegetation and buds, or to remove nutrients to allow wildflowers and food source plants to thrive, boosting the food chain and therefore ecosystem around them. They also help to control invasive plants that would otherwise outcompete native, more ecologically valuable vegetation, by consuming plants such as bamboo.

By grazing these habitats, it also provides further benefits to the staff and wildlife. Cattle will be much less disruptive than any machinery used to recreate the same vegetation removal processes. Cattle are more able to notice and avoid ground nesting bird nests and reptiles, in addition to being a lot quieter so avoiding a greater level of noise disturbance. Two grazed fields at Hengistbury are the only two remaining locations where skylarks nest in the entirety of Bournemouth. Therefore, grazing this field rather than mowing it is helping to slow the decline of the species in the UK.

Hengistbury is an incredibly unique location. It has over 43 National Vegetation Classifications (NVC), divided into 10 key habitat types. In addition to supporting a large diversity of wildlife in a relatively small area of land, the headland views and coast attract over one million people a year. The densely populated city adjacent to the reserve mean that a huge influx of both local residents and visitors during the summer can put pressure on the site and the ranger team. The team consists of just 3 countryside rangers, meaning these amazing grazers significantly help the team to conserve the reserve!

The cattle are currently grazed on 5 habitat types: heathland, ancient grassland, saltmarsh, water meadows, and mixed broadleaf woodland. They typically graze heathland and grassland through the winter while wildlife is not breeding or is in hibernation, then are moved to the others during the summer when water levels drop and the habitats closer to the Stour river can be grazed without the threat of flooding, following the wildflowers having dropped their seeds to the soil.

Hengistbury has been designated as a SSSI since 1986.  Cattle were not long after introduced in the mid 90s. The original herd consisted of Galloway cattle, which were then replaced with Belted Galloways in 2007. Not long after, in 2015, many other designated sites in Bournemouth and Poole introduced British White cattle. However the rangers at Hengistbury chose Shetland cattle for a multitude of reasons.

Shetland cattle are renowned for being a hardy, low-maintenance breed. Shetlands are also often described as the hidden gem of conservation grazing!

Unlike many landowners who keep Shetlands for produce, we as countryside rangers, tend to value the same characteristics, but for slightly different reasons. Due to the breed’s hardiness and easy calving, this puts less pressure on the staff to be experts in cattle care. The majority of rangers do not have a history of livestock keeping or specific training in medically assisting animals, therefore they rely on local veterinary input and the cattle to be relatively independent. Which our animals have definitely been! There have been many exciting morning surprises of calves curled up in bramble bushes and at the heels of their mothers, with the mother looking hardly fazed herself! They are resistant to all weather conditions, from snow to storms, so we are able to out-winter them without having to be concerned about housing. Construction on protected SSSI land is highly restricted unless rigorous planning and permissions are obtained with evidence of no impact on wildlife provided.

Shetlands were also selected due to their amazing personalities. They are docile and gentle natured, (including the bulls!) making them ideal for a site that is constantly busy with visitors and excitable dogs. Their approachability also makes them easily checkable by trained volunteers and students, without worry of injury. None of our females are aggressive when tagging or castrating male calves or if they need further medical treatment, which also reflects the good relationship between the cattle and staff.

As a protected site prioritizing education in the importance of conservation, we work to include the feeding or interaction of school groups and the public with our cattle as often as possible. This helps to support the understanding of this breed, and encourage the spread of conservation grazing. By hosting guided walks such as “meet our livestock” events, we try to promote the cultural value of these cattle. Therefore, all of our cattle are purebred, registered individuals, with no horn removal at all. We do not handle them very regularly, however our staff are experienced and work with the animals so that those with horns are not threatening to staff or visitors. We only breed our cattle for the purpose of grazing, so we are able to keep them on site with those they have a familiar bond with. Currently we have three generations present!

We have previously hovered at approximately 24 individuals, however since purchasing our latest bull St. Tudwals Arwell, and the combination of Bournemouth, Christchurch and Poole Councils, we have been able to boost our numbers to 30. This is likely the carrying capacity of the site, however, we aim to continue to breed our cattle and send them out across BCP and even further to not only support the genetic expansion of the breed but also to promote the use of this breed in conservation grazing. We currently have 8 breeding females, three of which are red and white and the rest are black and white.

Future of the Hengistbury Herd

In addition to continuing to breed our cattle for grazing across the county and educate as many visitors as possible on sustainable livestock keeping, we also aim to expand our grazing across Hengistbury itself. We currently complete an annual rotational cut in our reed bed, however this coming year we will introduce our cattle to contribute towards management by stripping some of the reeds and trampling patches. 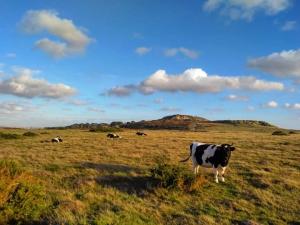 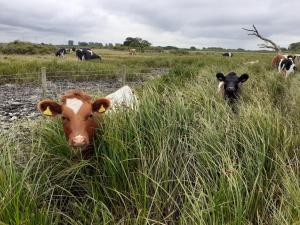 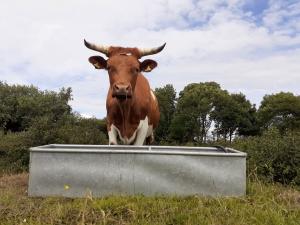 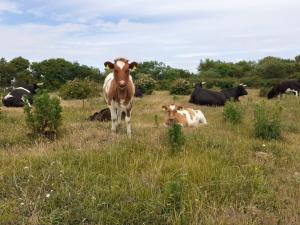 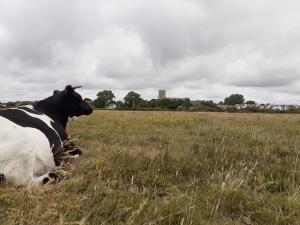 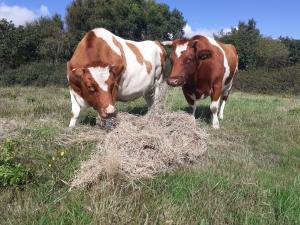 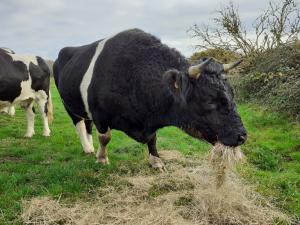 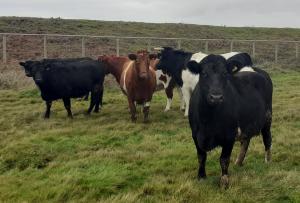 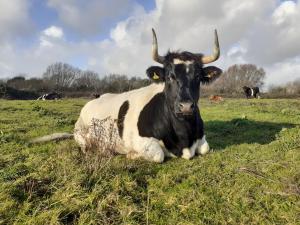 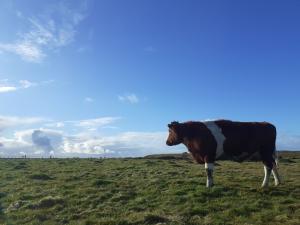 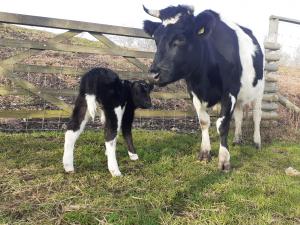 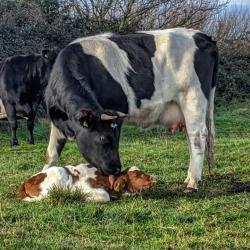 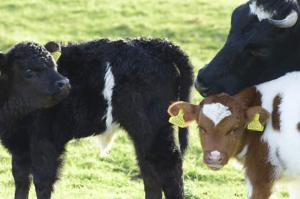 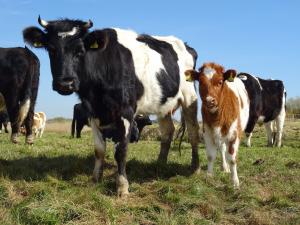 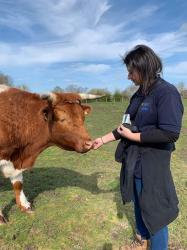 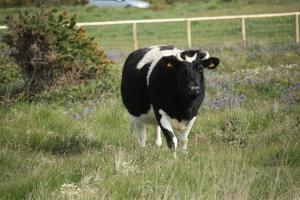