Interest in the Shetland breed started when I bought my first home close to the Ocraquoy herd. Watching these wonderful kye a stone’s throw from the house and seeing the ease of calving, the ease of handling and the speed of calf growth they really did sell themselves as a tremendous hardy and efficient animal, typical of all the other native Shetland breeds (sheep, ponies, dogs etc). After staying there for a few years and getting to know the Malcolmson family of the Ocraquoy herd I jumped at the chance of a Shetland cow to start a herd, her name Ocraquoy Gwen. A fine square cow, well-fleshed with plenty of milk but covered with a fair amount of white, Steven was looking to move her on and I was more than happy to take her, so it began!

The herd prefix, Milligord, comes from one of the crofts my grandfather took over the tenancy of in the 1960s, along with the locally better known Troswick crofts at the south end of Shetland which the family has occupied since the 1830s. The cows currently share approximately 220 acres of mainly rough grazing with 100 breeding ewes.

There is a 17 stall tied byre with calf pens at Troswick which 20 years ago were full of mainly Angus cows with separate smaller byres used for young stock, all fed by small bales of hay, neeps and kale plants produced on the croft as so many Shetland crofts worked. Now the cows are out wintered and fed silage bales. As the herd numbers increase the plan is to return to the tied byre for winter. This may be a more laborious way of working but it takes a bit of beating as a lifestyle choice, the twice daily feed and muck out routine is a childhood memory that I look back in full fondness of.

There is also a working thrashing mill, kiln and water mill on the croft which are still use every year.

The Troswick prefix was assigned to my grandfather John Robert Smith in the late 1980’s when he registered a bull calf (Troswick Beach) who was well used by Magnus Burgess from Hillwell and whose son, St Trinians Mansie, is still available through semen that was collected.

Ocraquoy Gwen was delivered to Milligord in November 2015, nearly five years to the day from when the last cows had been sold off from the croft. Gwen had been running with North House Victor and was accompanied with another of Steven’s cows. They both out-wintered well in a hill park getting a bale of hay between them each day. Shetland kye grow a fair amount of long hair when left out over winter, they show little concern to the wet and windy winters we get in Shetland and as long as they have plenty of good shelters they manage very well outside.

She was taken inside to calve around March and did so without fuss or any intervention, again it was effortless, a common theme with this breed. Akaiya was the first calf to take the Milligord prefix. Up to her feet and suckling within 25 minutes was a relief to a young crofter.

In 2016 Isleburgh Tamzin arrived with an ox calf at foot and in-calf to Collafirth Guinness from the Lunna herd. She was a more traditional cow, deep square body with black feet and black udder, all good attributes preferred by the more experienced breeders that advise us youngsters well!

Another calving came round and another two heifer calves, Bertha and Babsie. They grew well through the summer and were taken inside at the start of January to learn what a halter was. The training was enjoyable as their temperament lends itself well to handling these animals. If I find one that isn’t well behaved, they won’t be staying or sold on, thankfully haven’t had one yet but this is still early days.

Gwen, Akaiya, Bertha and Babsie all calved within four days of each other this year, some inside some outside. All cows were approachable during and after calving, they all managed fine on their own, but I do like to keep a close eye on them just in case.

Dodo, Don, Davie and Denver have been weaned now using weaning clips in the nose, this reduces the usual racket and stress of weaning by keeping the calves together with their cows for company but they can’t get suckled.

There are North House Victor, Ocraquoy Imperio, Collafirth Guinness and North House Weston genetics in the Milligord herd, it’s good to keep as wide a range as possible.

This year I have used a yearling AA bull sourced on the island. Crossing is an experiment I think most Shetland breeders have tried but the fact that so many go back to pure bred Shetland cows shows the quality of the end product. Collafirth Tyson has been lined up for next year so we’ll look forward to his arrival in spring 2021.

The 2018 Cunningsburgh Show was the first outing for the Milligord kye. They represented themselves well and came home with a few rosettes, Bertha picked up the best purebred Shetland calf shield.

The 2020 online show was a great success for the breed, the first time native and south-bred kye were in classes together in such a big way. It was well organised and well supported so congratulations to all those involved.

The herd foundation cows Ocraquoy Gwen and Isleburgh Tamzin are very different types of Shetland cows so putting progeny from both animals to shows is good for covering all bases when it comes to the judge’s preference. Some like the more traditional type while some look for an animal more suited to crossing. Either type still needs to be correct and in keeping with the breed standards.

The Milligord herd is a young herd in its infancy. The future is bright as there are more and more young breeders starting out, even in the few years I have been involved new herds are being established just the same.

The uncertain future of agricultural support from the government may well be beneficial for this native breed, as it appears matters such as climate change and biodiversity are high on their agenda, with the efficiency of the Shetland coos’ natural ability to find and convert poor forage into top quality milk and beef, low input costs and hardiness all in its favour when potential buyers are browsing for a breed that does everything and does it exceedingly well. 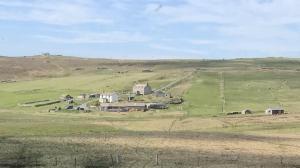 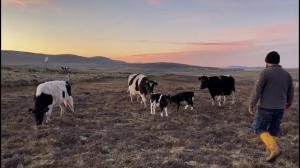 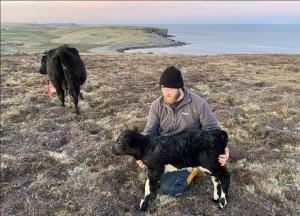 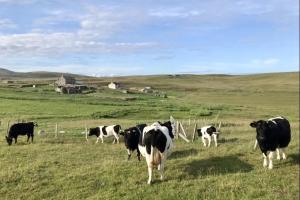 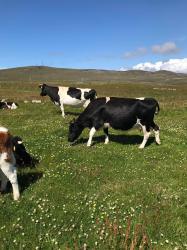 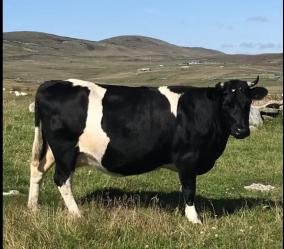 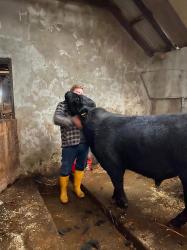 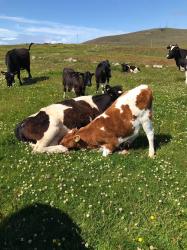 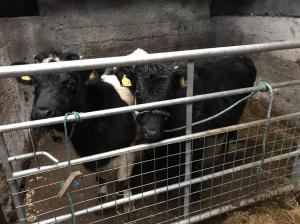 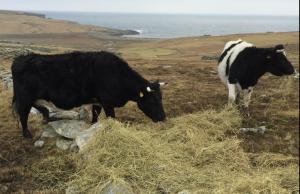 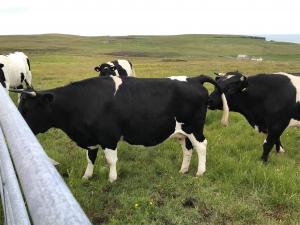 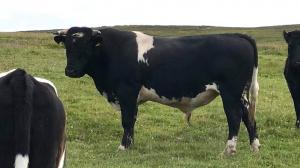 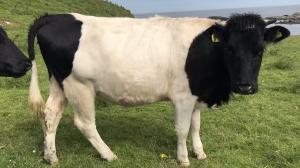 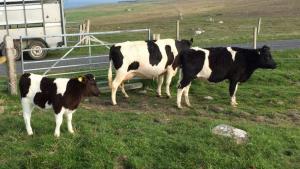 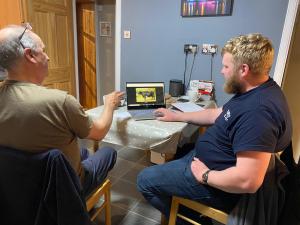 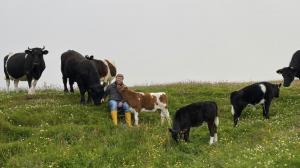 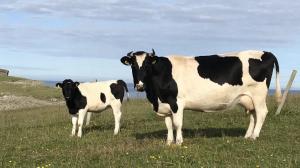 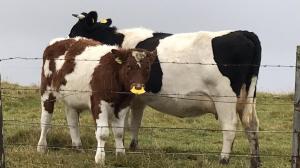 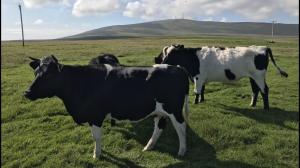 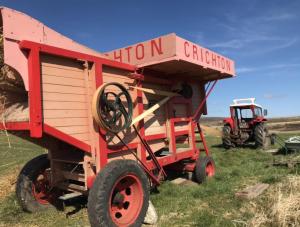