My wife and myself croft full-time in Reay, Caithness on the family croft. We have 250 acres, 35 of which we have planted in trees over the last 20 years. The land goes from pure sand through the hardest rock in Britain to 14 foot depth of peat. 50 acres are arable and the rest is rough grazing. We have sheep, cattle and some pigs. All cattle are grass fed with mineral blocks, no grains. Parasite monitoring is carried out and no chemical sprays are used. We make 25% of our silage and buy the rest from son in law to be, have done this for the last 5 years.

The Milton Shetland herd started in 2005 with a For Sale advert in the Scot Ads! Having never seen a Shetland cow, we ran mostly Aberdeen Angus, still do, I will be honest and say the original four cows and two calves were bought because they looked like a bargain.

So they arrived home after having only seen a photo, and the adventure began. Orcades Mary, Orcades Annie, Boquhapple Caitlin and Boquhapple Darrach along with Milton Bruce and Milton Davina were the founding stock. The bull calf that arrived with them which we were able to register as Milton Bruce, achieved early fertility and the next thing we knew we had unexpected calves to him, including to his own mother. We used him as a bull for a year and then sold him for beef.

Having used the cows for crossing over the next few years we advertised one, can’t remember which, for sale and were contacted by Paddy Zakaria as she was surprised to see there were Shetlands in Caithness. So after a long conversation, instead of selling I was persuaded to keep them on and even increase the Shetland numbers and we were able to back-register several generations with a lot of help from Paddy and the Society, as we hadn’t known about the SCHBS. From there on we bred some pure and kept on crossing with the Angus as they work well together.

In 2010 we attended the much publicised sale in Dingwall where the last of the Shetland cows from the Crofters Commission Knocknagael stud were sold. I bought Knocknagael Christie, the smallest and most Shetland-like of the group of nine which were all large and over-fat, but unfortunately, like most of the rest of the group, she never calved again.

Over the years the bulls we have used are Trondra Arrow, that good we owned him twice, Ustaness Petroni, Milton Bruce and this year Culloden Alastair will be going out.

In 2012 we bought four Broadacres calves from Jacquie Broadhead when she came north to pick up a bull and in 2014 another two heifers from her when she sold up to move to New Zealand. We sold Darrach and Annie in 2015 and they were the start of the Torranshandall herd in Caithness.

At the moment we have ten Shetlands running with a Shetland bull alongside our Angus, who are running with a 100% traditional native red Angus bull. We have slowly developed a small beef market for our Shetlands, doing four beasts last year.

All our cattle are out-wintered and only fed grass plus mineral blocks but they do have access to open sheds and a forest of very tall whins (gorse) for shelter. The Shetlands are good grass converters but if you put nothing in you’ll get nothing out, they don’t thrive purely on fresh air.

We have kept Angus/Shetland cross cows and put them back to an Angus and the cows milk really well.

Our daughter is going to take over some of the Shetland herd while we concentrate on setting up our traditional Angus herd. The Native Aberdeen Angus is in Category 2 of RBST Watchlist and there are fewer than 250 breeding females left. 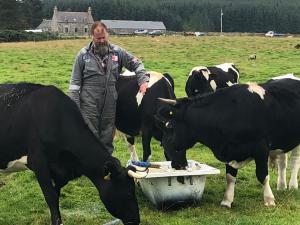 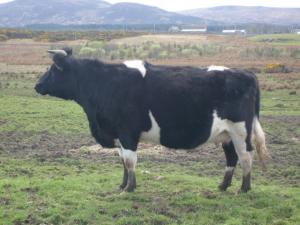 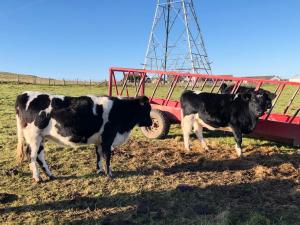 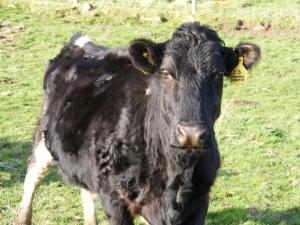 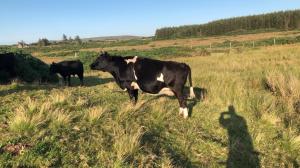 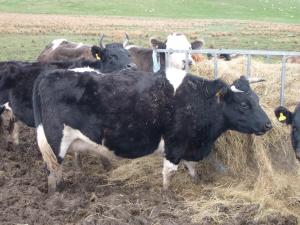 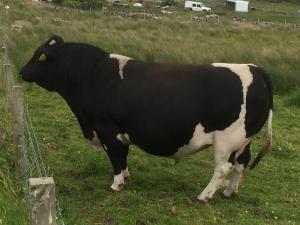 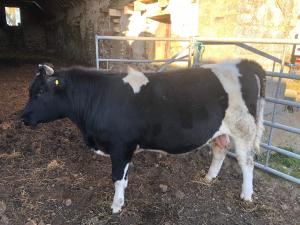 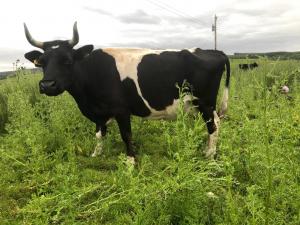 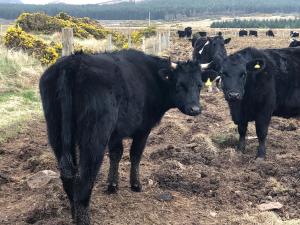 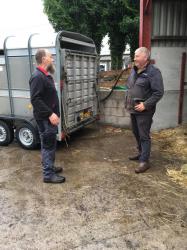 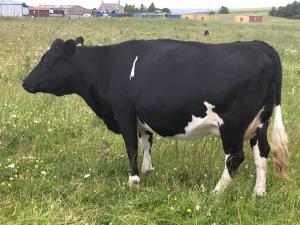 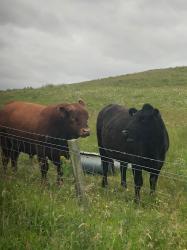 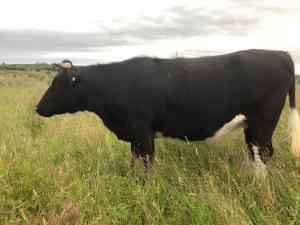 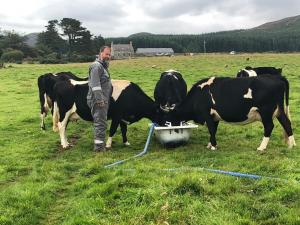 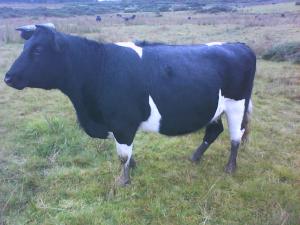 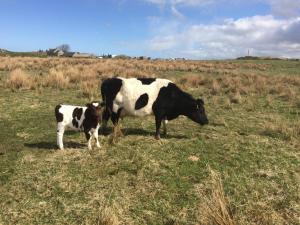 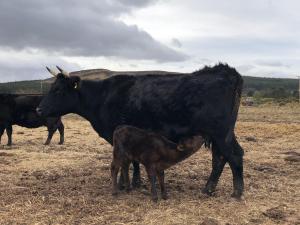