The Ocraquoy herd was established in 1995 shortly after I took over the Malcolmson family croft.  We are 9 miles south of Lerwick on a croft which is made up of small patches of land dissected by roads, we have a range of grazing including rough heather hill right down to a small beach.  We started the herd with two young heifers bought at market from the Trondra herd.  I wanted to bring Shetland cattle on to the croft for two reasons.  Firstly, I have had an interest in Shetland cattle from as early as I can remember so they were the only choice for me when I started working the croft; and secondly I felt the in-bye croft would benefit greatly from the reintroduction of cattle and I have not been disappointed.

The croft had been used to keep heavier cattle in the past by my grandfather and father, but there had been a gap of over ten years where there had been only sheep.  My intention to bring them back on to the croft was met by warnings that the land was not suitable due to its shallow soil over clay in-bye.  I believed the croft could keep Shetland cattle having seen them on different land types.  Our cattle use the whole croft, from the heavy in-bye land to the peaty hill land with little or no damage and the improved fertility of the land on the croft was seen very soon after the arrival of the cattle.  The cattle have proved to be all and more than I had grown up to believe and have served our family very well.

I was very lucky to have been able to spend time with my grandfather, Thomas A. U. Fraser, who as well as having lifelong livestock experience had a very focused interest in the breed.  He was the founder of both the Glebe and Heather lines and was entrusted with inspections for the new herd book when it was formed.  He was a frequent visitor and a great teacher, happy to give advice as well as helping me to learn from my own experiences to get the best from the herd and the breed.  My grandfather was never far away when the cattle came in, so I always made sure their tails were trimmed immediately just in case he dropped by unannounced!  To this day our herd is heavily influenced by the principles and knowledge gained from discussions with him.

After initially selling meat to family and friends, this trade has grown with the herd.  We use local facilities in Shetland to produce quality lean meat packs for a small local customer base that have returned year after year since we started.  In the past, looking to produce heavier carcases, we tried various crosses.  The results were mixed and we felt any increased quantity did not compensate for the change in the quality of the beef.  Customer feedback always preferred pure Shetland.  We also found cross calves needed to be kept longer and heavier and this resulted in damage to the land.

I favour the more traditional cow, finding they perform best and can use all the land types on our croft.  Due to the high performance of the cow, it is important to ensure cows do not gain too much condition before calving, which can be difficult especially as they will put on condition even on lower quality fodder or grazing.  Although not considered a hardy breed, we have found that a good Shetland cow will out-winter with no effect on performance, and winter born calves, born outside will often be the better calves later in the year.  I would try to ensure that calves are born as early in the year as possible to have cows calving before new grass is underway.  I find that calves born on lush grass do not grow out as well and I think this is due to the over richness of the cows’ milk.

Temperament has always been at the top of my list of essential traits. Although the cows are not routinely milked and handled they have to be able to be tied and milked in order to be representative of the breed.  All our heifer calves are tied and handled when they come in for their first winter and we ensure heifers are handled once settled with their first calf to assess temperament.

I consider myself very lucky to have worked with this breed.  Our son David has taken over the croft this year and I’m glad to say that he intends to continue the Ocraquoy herd.  I’m looking forward to seeing how it develops.  My grandfather’s wish was that the potential of this exceptional breed was realised and I thank everyone involved in the survival and development of the breed. 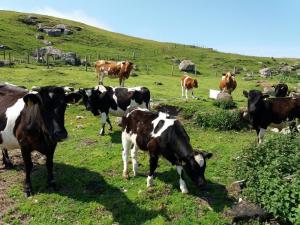 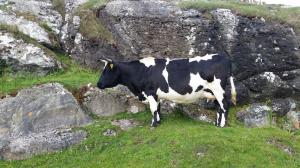 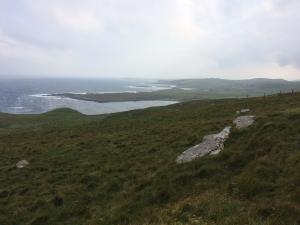 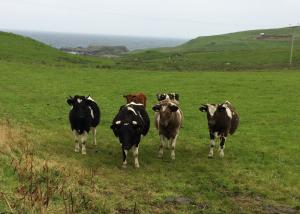 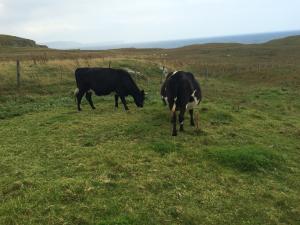 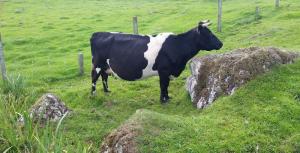 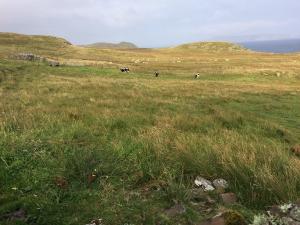