The Pepperbox Shetland herd was named after the original site near Salisbury in Wiltshire. The tower on the top of Pepperbox Hill (see the first photos) is an early example of a brick folly. Thought to have been built in 1606 by Giles Eyre of Brickworth House, it may have served as a viewpoint for ladies following the hunt, a haunt for highwaymen and a lookout post for the home guard. Its entrances and windows have now been blocked up.

The Shetland herd was set up in 2006 with the purchase of four cows, three from Mary Holloway (Greenoak) and Larchfield Bianca from Bridget Tucker. Bianca is still in the herd.

I started grazing the 35 acre successional chalk grassland, scrub and woodland on Pepperbox Hill a couple of years earlier with Belted Galloways but they proved unsuitable for a site visited by dozens of dog walkers most summer days. The regular walkers are now my eyes and ears, eagerly informing me of calving or odd behaviour. Many know the cattle by name and have their favourites. Some are named after the person who first reported their birth.

After extensive research I decided on Shetlands for their fertility, thrift, ability to browse as well as graze, ease of calving, mothering, small size and quietness, and they have achieved my goals, for the most part above my expectations.

The grazing is controlled by Natural England, through Countryside Stewardship, from which I benefit in the form of a grazing fee from National Trust, who own the site. This means grazing is limited to between March and September, but there were other issues including ragwort, so in the past I’ve had to remove cattle in July, and it is unsuitable to run a bull. To counter this I found another site, the other side of the valley, but wet clay soil instead of chalk escarpment, that agreed to pay me to graze at times when Pepperbox was unavailable, and provided a handling system suitable to AI in, taking the pressure off my home farm.

This is run alongside a commercial herd of Stabiliser X sucklers and a share in a few show cows, including Beef Shorthorn - which I now have started using on Shetlands after one AI to a purebred to breed replacements in the commercial herd (which includes a number of Shetland X cows). A little bit about the Stabilisers: I first encountered Stabilisers while working in the USA, milking cows. They are a Simmental X Hereford, crossed with a Red Angus X Gelbvieh. The aim is to breed a fertile maternal cow, with hybrid vigour, that produces quality beef offspring. Twenty odd years ago I studied buffalo and wildebeest in nature, sold all my cows (that produced some of the best suckled calves in the market, but showed the strain of being an intensive system) and started again with a dozen high health Hereford X Friesian calves in a system working with nature and bred them to a Stabiliser bull. Thirteen years later I had 95 high health Stabiliser X cows running to 6 generations. Over five years 96% of the cows weaned a calf and the calves averaged 55% of their mother’s weight. The bull was a Stabiliser but I now use a Charolais. I also have a nucleus herd of 7/8 Stabiliser and Stabiliser X Sussex X Simmental put to a Shorthorn to breed replacements.

I also have a few sheep, including Herdwicks, which graze the banks adjacent to Pepperbox.

I did own a Shetland bull in the early days, Greenoak Daedalus, and bred Pepperbox Hugh but all the rest have been done by AI. Nowadays that’s done at home on improved grassland, as I had multiple issues with handling and declining planes of nutrition on the conservation areas, resulting in poor fertility. I calve everything at two years and only house them to wean them. They don’t much like being housed but I find if you give them enough room they settle down in a day or so.

As I got to know the Shetland breed and the sites I started to look towards breeding more compact types but with my limited knowledge of the bulls’ traits I decided, although I am a closed herd, to buy some cows in to speed up the process. So in spring of 2013 I bought Ridgecross Maggie, Rogiavi Janie and Rogiavi Ffion from Sue Shadrick in Cornwall. These are now the foundation of my herd. Fertility is the biggest driver with all my cattle, although while building the Shetland herd to its current 17 purebreds, 12 grazing cows is my threshold, I have been a little lenient. Nonetheless infertility should not be tolerated and I’m now in a position to deal with that correctly. Once I’ve got a live calf I need my cows to grow and nurture it. Although my Shetlands are genetically on the small side I know from the Shorthorn Xs that the cows have the ability to rear large calves that wean at 70% of the cow’s body weight, even on the conservation grazing. This puts them well into the top 30% of my commercial group.

I like data so: Maggie is my smallest at 350kg and weans calves around 200kg. Janie my biggest (bar Bianca) is 550kg and weans calves at 225kg but when crossed with the Shorthorn bull, calves are weaned around 310kg. Beyond that I choose bulls that I feel, with the information gleaned from the more knowledgeable members of the Shetland breeders, will improve back-end strength and udder attachment, both of which are a little below par in my group, while keeping the more compact trait in breeding females, but able to produce proportionally larger calves for meat production. This may, or may not, require crossing back to a Stabiliser bull, maybe even using a Stabiliser X Shorthorn bull. Fundamentally, I will use what works, whatever name is attached is irrelevant. It so happens the Shetland ticks multiple boxes as it stands, we need to ensure this continues to be the case. Who knows with what is appearing over the horizon they may be entering a big revival. Whatever the future holds it would be a shame if this gene pool was not available to future generations. 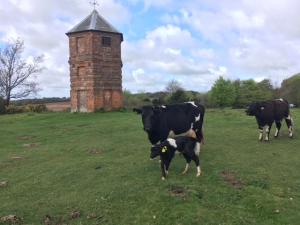 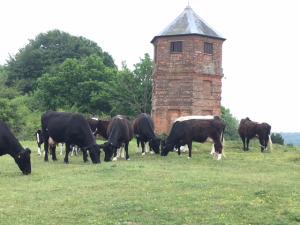 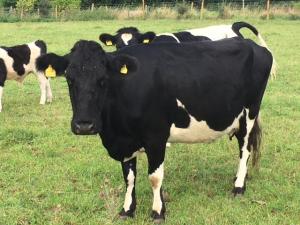 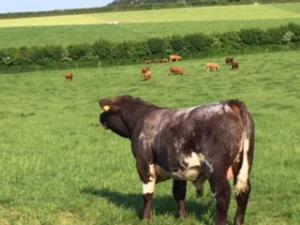 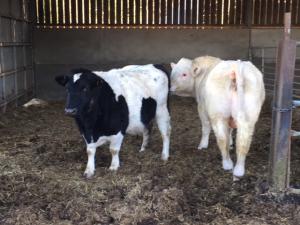 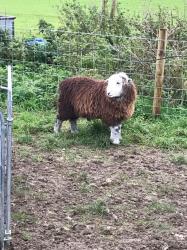 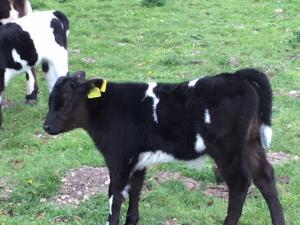 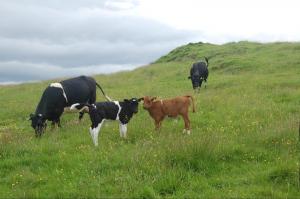 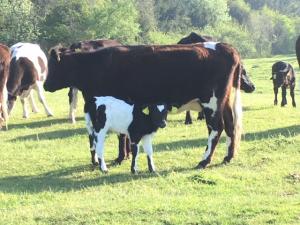 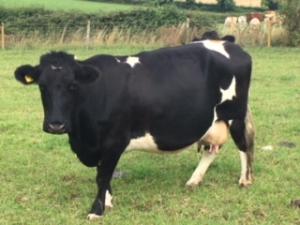 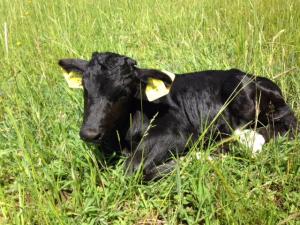 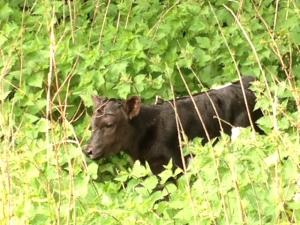 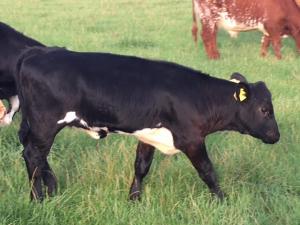 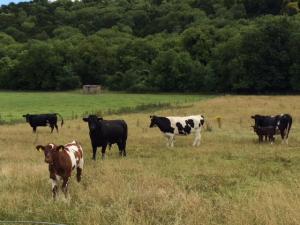 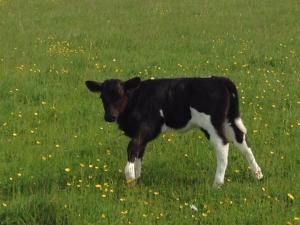