The Randolph herd of Shetland cattle was started in July 1997 with the initial breeding nucleus being purchased from Linda McCaig.  The first 3 cows were St. Clair Elsa, St. Clair Rebecca and St. Trinians Arrow, with calves at foot being St. Trinians Lucky and St. Trinians Purdey plus one steer.  All three cows were back in calf so we thought we had a good start and followed up with the purchase of a young bull, St. Trinians Alistair in September 1997.  Unfortunately Rebecca died within the year, shortly before she should have calved so we lost both cow and calf, a major setback at the time and from a post mortem not something we could have prevented.  Thereafter we increased the size of the herd building up at one stage to a total herd size of 29, with another bull purchased in 2000 (St. Trinians Rory) and one more in 2011 (Aidlew Angus).  The current herd is maintained at around 20, currently a few less, with all the cattle now housed during the winter to prevent damage to our heavy clay soils.  They are fed only our own hay in winter and put out to grass through the summer months.  No concentrates are fed and the only supplementation is limited mineral supplement to compensate from the effect of molybdenum in heavy clay soils meaning extra copper is needed by the cattle.  If anything there is a danger of the cattle becoming too fat just off grass, particularly heifers yet to calve so we need to monitor that aspect.

Cattle of our breeding have been sold to a number of other breeders over the years, one of our bulls has semen in the RBST and SCHBS semen banks (Randoph Fergus) and he has progeny in Australia as part of Paddy’s breeding programme there.  We like to think that over the years we have helped to spread the influence of Shetland Cattle, on the critical list of the RBST when we started, and remain firmly convinced of their suitability in our system, not least for their temperament.  I have introduced parties of young children to our cattle over the years to the interest of the cattle and delight of the children.

The herd has therefore remained a ‘closed’ herd with nothing other than those three breeding males brought onto the farm in the last 20 years.

Feldon Forest Farm is an all organic mixed farm in Frankton, Warwickshire.  The farm is about 32ha altogether, most of which is now species rich grassland but with woodland, agroforestry, orchard and other woodlands.  More details are available on our website; www.feldon-forest-farm.co.uk or our Facebook page; Feldon Forest Farm.  Shetland cattle are ideal in this system, being hardy with low maintenance requirements and making an important contribution to the maintenance of our species rich meadows, conservation grazing on the home farm effectively.

We sell as much of the beef from our steers as we can direct from the farm with any surplus sold through the Organic Livestock Marketing Cooperative. 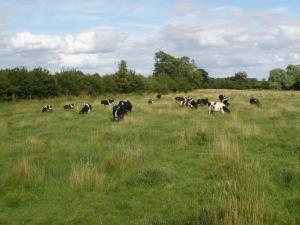 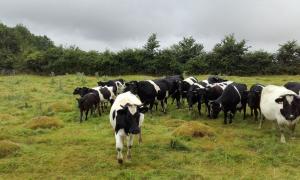 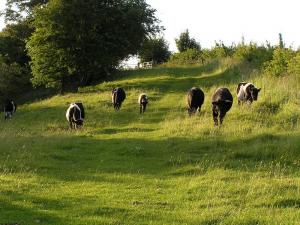 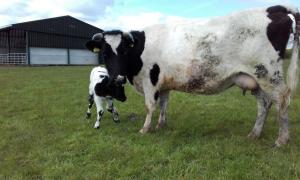 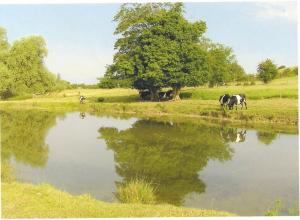 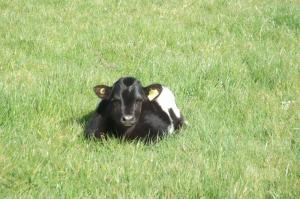