The herd was started in 1996. The croft house name is Schiehallion as the Isle of Foula, which can be seen from the croft, takes the shape of Schiehallion mountain in Perthshire. This became the name of the herd, which was started with the purchase of Geldron Irene and her calf. My first homebred calf, Schiehallion Thyme, was registered in 1997. She was sired by Templeson Boris.

The herd is located in the Dale of Walls , in the Westside of Shetland.

At its largest the herd numbered nine in the byre for the winter, this was too many as they overflowed into another building which made extra work to be done before travelling to work. This year, hopefully, it will be six or seven, six being the ideal number. Presently I have two cows, three heifers, and three baby calves ( one female and two male).

I do sometimes show my cattle and have several times won trophies at Walls show. Unfortunately unless I have some help with transport, it is difficult to take several types of livestock to a show.

I had the honour to be President of the Herd Book Society from 2005 to 2007 after approximately six months as acting president.

I rarely cross-breed as being single and working outside the croft, I need calving to be as trouble-free as possible. However I have twice put a Beef Shorthorn heifer to a Shetland bull for her first calf and it was quite successful.

Noteable cows, I’ve had a few, Geldron Laura the little red cow I had almost from the start, and hand milked for years, I halter broke her and I could take her anywhere. Sadly she only had bull calves. Schiehallion Magpie, a lovely black and white cow, and of course little Schiehallion Frosty, the first pure white Shetland I ever saw, she was born tame. Also “Stargazer”, this was her pet name, she was given to me. She was blind in one eye and partially sighted in the other after meningitis as a calf. It didn’t hold her back at all. She could still jump every fence on the croft and arrive outside the byre door if she decided it was time to come in for the winter.

Noteable bulls, not one I used (I rarely keep a bull, usually borrow), but one I bred, Schiehallion Fergus, Laura’s first calf, a little red and white boy. He was sold to the mainland to Vincent Micalleff and Guy Mealing and sired many calves.

Type of Cows: I can’t say I have a particular type, I like a mixture of colours with good conformation and most importantly good temperament, and udders suitable for hand milking. Having said that my present bunch all have a strong resemblance to each other as they are all descended from the same cow.

Management: My cattle are housed for the winter between (depending on weather and ground conditions) November and May, and are tied. They are fed silage and a small amount of hard feed. Calves are born inside and are usually sired by a bull calf from the previous year.

I also breed Shetland ponies, and have sheep, poultry, a traditional cob, and for a lot of years pigs. I gave up the pigs before my first knee replacement.

Note: All this might have been very different. When I told an old Northumbrian farmer friend that I was moving to a croft in Shetland, he was adamant that I was to take his old Jersey cow and her two calves. His neighbour was equally determined to give me four milking goats from her dairy herd. 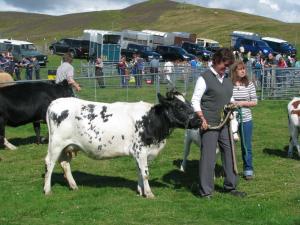 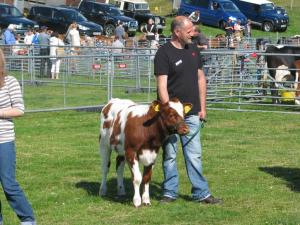 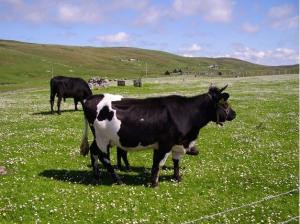 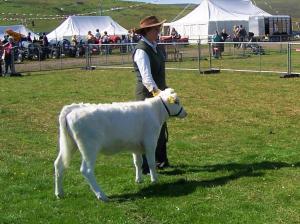 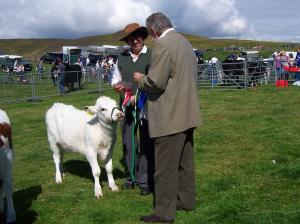 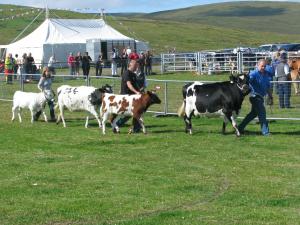 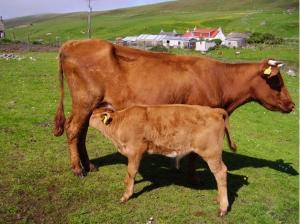